The Journey of Resettled Refugees

This visualisation was created for a Viz for Social Good project, in cooperation with Kiron Education. It illustrates the flow of refugees resettled by the UNHCR: where they come from, where they seek asylum and where they end up finding a new home. 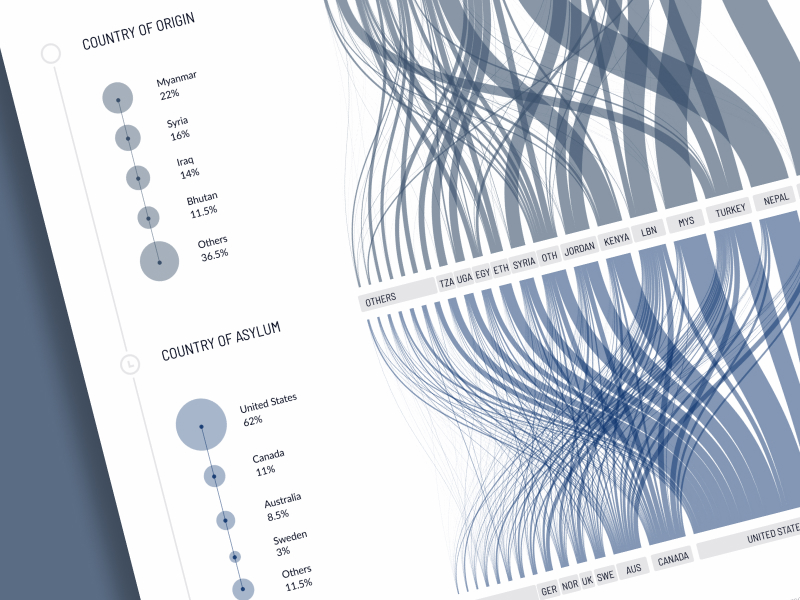 While this final version looks clean and polished, it did take me several days to get it right. I had the idea for the layout early on but I struggled with the choice of colour. I needed two colours, one for each step in the sankey diagram. I tried dozens of variations, many of which looked terrible. I had a breakthrough when I showed this to the head of design at work (thanks Mike!). He suggested I use analogous colours that do not both scream for attention. That was exactly what I needed! Two colours that were different enough to be seen as separate but similar enough to create a harmonious ensemble. After about two dozen colour iterations, I was happy with the final result you can explore below. 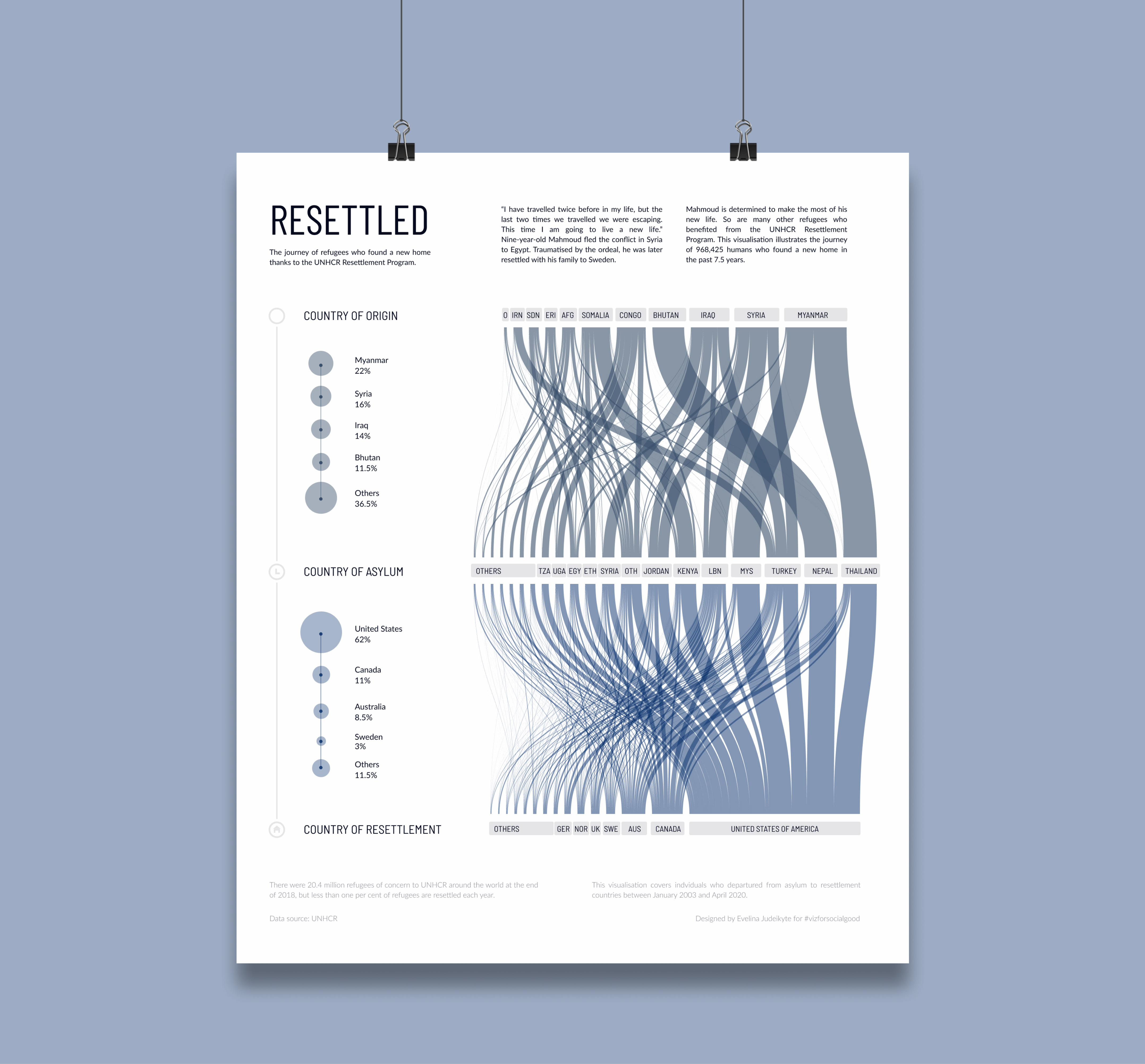 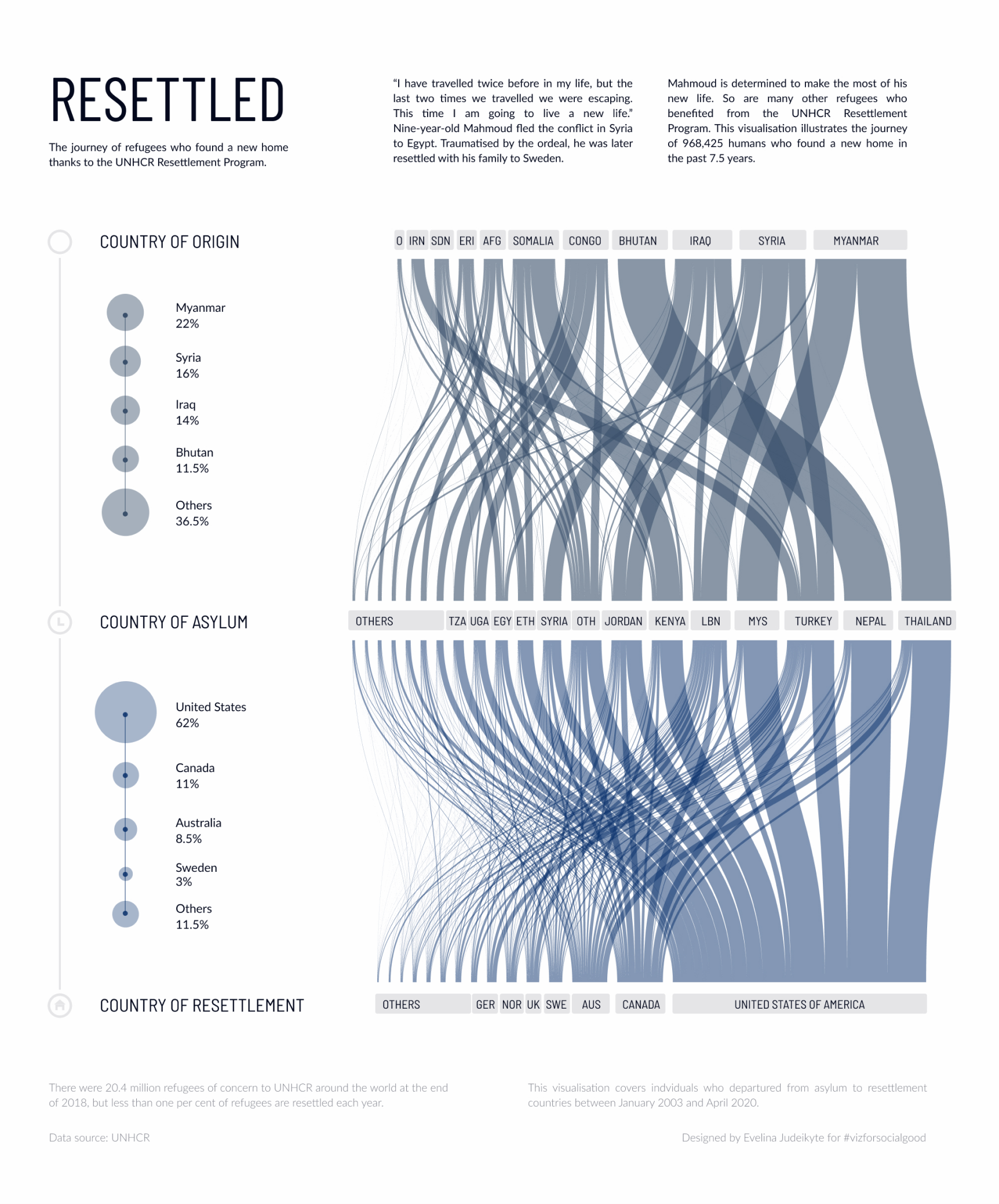